What? Another video mash up set to Ke$ha's Tik Tok? Yep. But this one's using classic Trek, so I gotta include it. Enjoy! 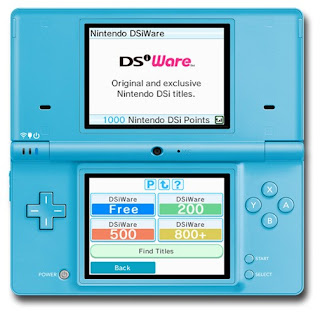 I don't know about other folks who use the Nintendo DSi, but I have made a bit of an investment in downloaded software. I certainly enjoy the freedom of being able to add new software to my DSi and have it available 24/7 without having to bring extra game cartridges with me. It never occured to me that, unlike the game cartridges I purchased, I wouldn't be able to take these downloaded purchases with me to any new game system I bought.

And yet, that's just what Nintendo, the erstwhile champion of downward compatibility has done. They've put a big, huge roadblock in the way of fans who might otherwise like to move up to the Nintendo DSXL or the soon to be released Nintendo 3DS.

Will this be the Achilles heel of Nintendo?

13 Things Worth Knowing About Super Mario

Make that 12 things worth knowing and one thing worth correcting. Joust was an arcade game created by Williams Electronics in 1982. Like many popular games of the time, it was ported to the Atari 2600 VCS.

It's worth mentioning that Donkey Kong has not faded into obscurity. He's been enjoying a robust career next to Mario (he even had a syndicated cartoon show based on the video game Donkey Kong Country). I've especially enjoyed the Mario vs. Donkey Kong games, of which there's a third one announced at this year's E3. Such fun! Nothing is more telling in a Lego video than seeing what random pieces were scrounged up to complete the scene. The spectators in this video include police, samurai, spacement and even aliens!
Read the Article at HuffingtonPost
posted by Kyle Miller  # 12:36 PM 0 Comments Well color me surprised. Nintendo announces yet another "must have" redesign of the DS. Can they just forget about the model names and just stick the year on the end of it? Seriously, they redesign this thing every single year. Stop making me feel bad about buying your product, Nintendo!
Read the Article at HuffingtonPost
posted by Kyle Miller  # 7:45 PM 0 Comments Interestingly enough, I have a game on my Nintendo DSi that seems to be similar to the Microsoft Kinect in that it uses the system camera to track the user's head movements. The game (Looksley's Lineup) shows a lot of promise in that you actually can "look" inside the frame of the device screeen and try to spot things hidden behind other things and around corners, etc.

The drawbacks are that the system is very picky - you have to have be in good light and have a solid, contrasting background behind you for the system to work well. To be fair, it's only using a single camera and the Microsoft device appears to have more than one, which might help with triangulation.
Read the Article at HuffingtonPost
posted by Kyle Miller  # 9:05 AM 0 Comments

I'll admit it. I've practiced origami and I'm somewhat good at it. But I'm no rocket scientist. As it turns out, this guy is.

Make it Sir! Patrick Stewart is Knighted at Buckingham Palace Popular star of Star Trek and X-men, Patrick Stewart joins his heroes Sir Lawrence Olivier and Sir John Gielgud as a knight. Now the wondering over why BBCAmerica has been showing reruns of Star Trek the Next Generation can finally cease. But seriously, congratulations, Sir Patrick!
Star Trek Star Patrick Stewart Knighted at Palace

Along with partner Scott Abbott, Chris Haney invented a game that would become an American social phenomenon. Sadly, he passed away last week at the age of 59. Well, if there was any doubt about what compression does to the quality of an original data, this should put it to rest. I think I'll save this and show it to anyone who thinks a low-res jpeg will look "just fine" in print.
Read the Article at HuffingtonPost
posted by Kyle Miller  # 4:19 PM 0 Comments Dang, I hope this doesn't mean I'll have to return my Star Trek glasses!
Read the Article at HuffingtonPost
posted by Kyle Miller  # 10:15 AM 0 Comments Someone get my phone. I've got to make a pitch for the next Planet of the Apes movie.
Read the Article at HuffingtonPost
posted by Kyle Miller  # 4:45 PM 0 Comments 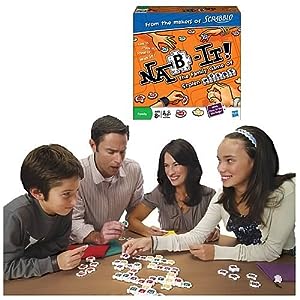 Just a heads up, folks. This is a word game I worked on and I'm very pleased with the way it turned out. Tell your friends, tell everyone to give Nab-it a try.